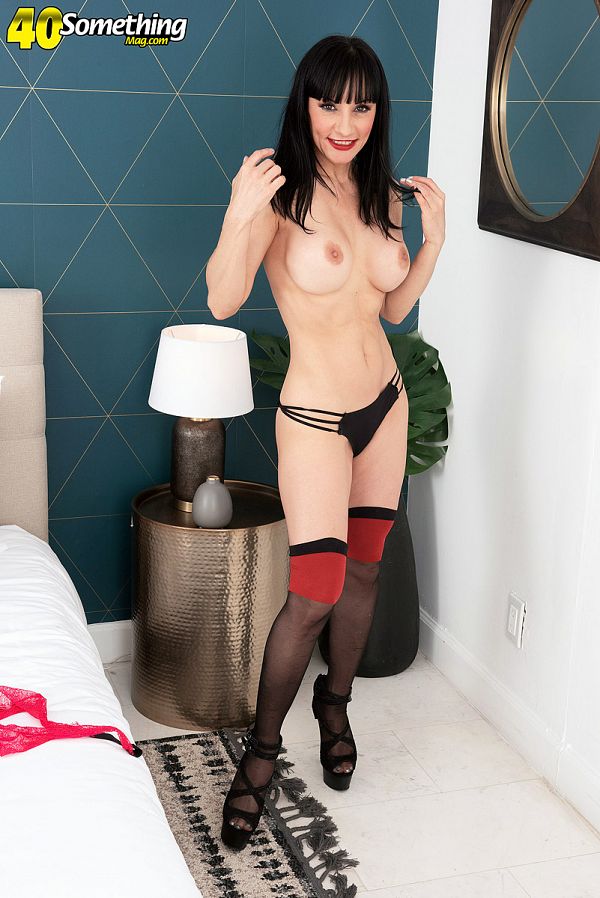 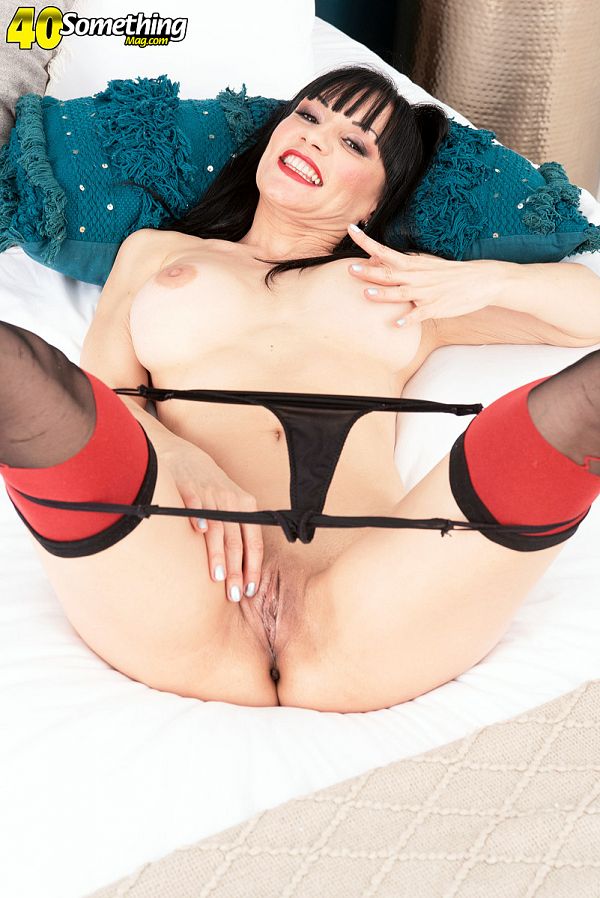 "I'm a bad girl," said 44-year-old Natasha Ola, a wife from Moldova who now lives in the Tampa Bay area of Florida. "I can't help myself. When I get hot, I am hot."

Natasha is scorching hot in this scene. This tight little fuck doll is wearing sexy lingerie that shows off her ass, back, curves and big tits, as well as stockings that show off her long legs. Her nipples are rock-hard. Her panties are tiny. She checks herself out in the mirror and likes what she sees. We like what we see, too.

"I like to be appreciated," Natasha said. "Why not? I love it. I just like being sexy."

She's sexy, playful and vivacious. We've already seen that at 40SomethingMag.com. In one scene, she fucked a hung stud. In another, she fucked two young studs. She couldn't believe how young the guys were. "Unbelievable," she said. Unbelievable is a good word to describe Natasha's sexiness.

"There was a building being built, and we went inside and had sex. We were standing and he pressed me up against the wall and fucked me. Iâ€ˆcame so much that my crotch and ass were completely wet. Now I would have to say that another kinky experience was fucking two guys in your studio."