Dressed to fuck, Nina Bell tells us about herself 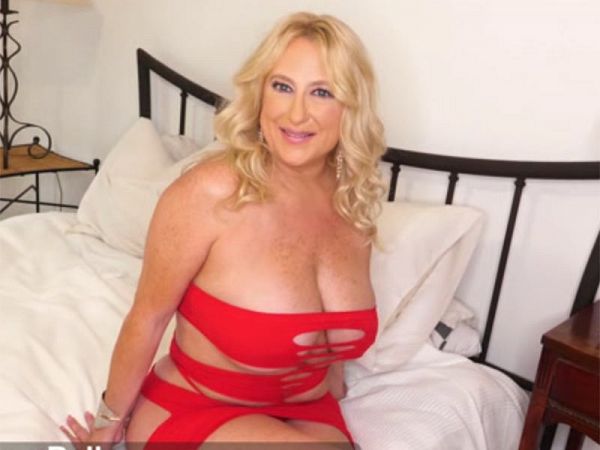 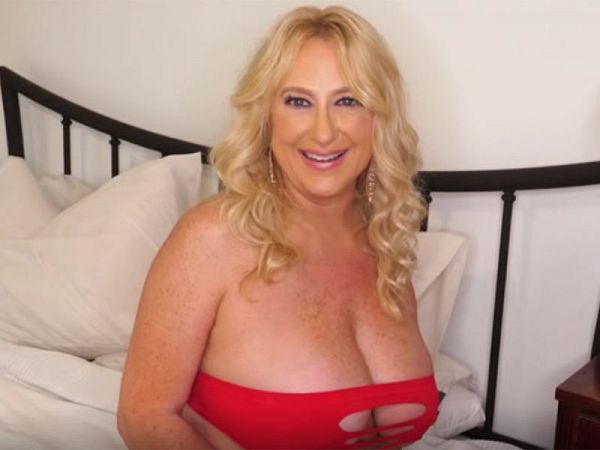 If you can take your eyes off of her big tits and smokin' body, you'll learn a lot about 48-year-old Nina Bell in this video interview.

The thing is, you probably won't be able to take your eyes off her big tits and smokin' body, nor are you supposed to. See, Nina is wearing a barely-there dress that shows off her brickhouse body. It's the kind of dress designed to put you in a certain frame of mind.

"I like to wear low-cut tops to let the girls breathe," Nina said, the girls being her DDD-cup tits. "Spaghetti straps, wedges, jeans, sometimes a sports t-shirt of one of my favorite teams. If I'm going out, I also like a sexy dress, very low cut, a G-string or thong panties, maybe no panties at all, and a pair of heels."

She dresses to get attention. She gets plenty of it.

We asked Nina, who's divorced and has children, to tell us the wildest thing she's ever done sexually, and she said, "Public sex. It was in a car. I get into situations in cars sometimes. Sucking his cock. Giving him a hand job. Just having a little bit of fun before we go into a restaurant. You gotta get that urge out!"

You gotta. That's what women like Nina are for.