Getting to know newbie Jessi Lee 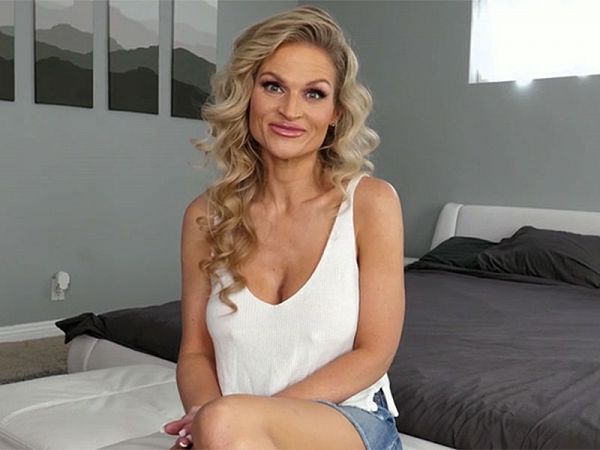 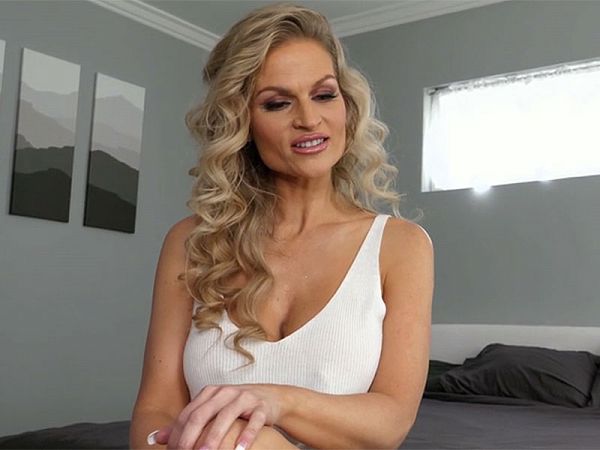 In this video, Jessi Lee, a 42-year-old wife and mother of four, sits down for an interview with her videographer. Jessi, who was born in Southern California and lives in Seattle, Washington, is a complete newbie to this, meaning she's never taken off her clothes for all the world to see or fucked on-camera for all the world to see. She has, however, taken off her clothes for a roomful of men (and women) to see: She was an exotic dancer.

That explains why, when we asked her if she's doing this for her hubby (who loves to watch her have sex with other men), she said, "I'm also doing it for myself. I love sex. I love to be watched. I think it's a pairing between two people that makes a perfect match."

So, in this video, Jessi describes herself ("sultry, sophisticated, quirky"), tells us about the craziest place she's ever had sex, tells us she likes older men, especially nerds, and reveals, not at all to our surprise, that a lot of younger guys hit on her. A 20-year-old once.

Well, if you check out today's photos and tomorrow's video, you'll see Jessi having sex with a 24-year-old. Nice.

Jessi is nice. You're going to love getting to know her.