Amber, a young stud and a white couch 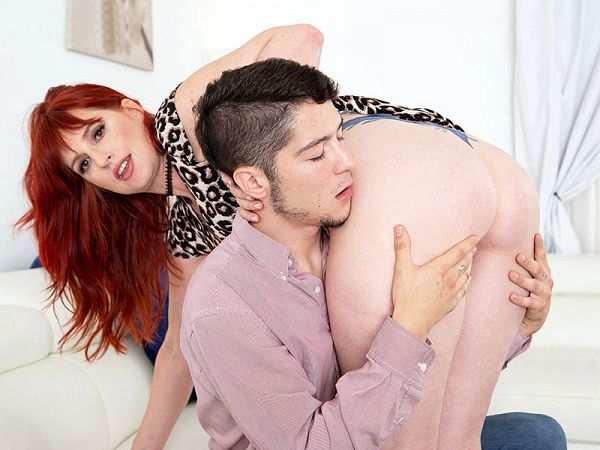 Sometimes you swipe right on Tinder and wait hours, maybe forever. But not when you're a hottie like Amber. Within seconds, the unknown, young, hung dude swipes right back, and Amber has a date.

As you can imagine, the guy responds even quicker than he did the first time.

The guy shows up. He's young enough to be her son. For some reason, he comments on her white couch. Maybe he's nervous. Maybe he doesn't know what to do next.

The guy's a little preoccupied with that couch, but then he says, "I don't really like girls my age. They're not mature enough for me."

Yeah. Their couch knowledge is a little shaky.

"I'm glad you like a woman who knows what she wants and isn't afraid to get it," Amber says. "I just want a good time. I want to feel good. There's just one stud I need: a young stud like you. You don't mind being used a little, do you?"

He doesn't, especially if he gets used on that WHITE COUCH.

This ad for Tinder and white couches was brought to you by the folks at 40SomethingMag.com.